Istanbul Chauffeur Service by MyChauffeurDrive is perfect rental choice for road trips, airport transfers or to get around the most populous city in Turkey on weekend!

We offer high-quality and safe passenger transportation service for guests and residents of Istanbul. The capital of Turkey daily is being visited by thousands of tourists from all over the world, and therefore the need for professional Istanbul Chauffeur Service is always actually here. We create our relationships with customers in such a way that passengers are always satisfied with our service. If you want to know more information about the service we provide, then go to our website and find out the terms and conditions we propose. To request a quote please use the enquiry form on this page.

If you want us to help you navigate in the beautiful city of Istanbul, then it would be better if you book the best chauffeur services Istanbul. A competent driver, who, by the way, has a special license, will show you the best places and sights of this ancient Turkish city.

Our fleet consists of good cars in excellent technical condition. Here each client will be able to choose a car according to his will and financial opportunities. Through our company you can hire a chauffeured car for a large family and enjoy exciting family trips through the streets of the ancient Turkish city. Or you can rent a business class car and go to an important business meeting.

Our fleet consists of good cars in excellent technical condition. Here each client will be able to choose a car according to his will and financial opportunities. Through our company you can hire a chauffeured car for a large family and enjoy exciting family trips through the streets of the ancient Turkish city. Or you can rent a business class car and go to an important business meeting.

Our responsible drivers very carefully check both the internal state of the cars and the external. In our vehicles you will not feel unpleasant, foreign smells. In the cabin of any transport is forbidden to smoke, That’s why we are often chosen for regular trips by women with young children.

Another pleasant advantage for passengers is a flexible system of payment for travel by chauffeur driven car. You can pay the driver in cash on the pick up or by card. Soon you’ll be able to make a bank transfer as we will also introduce this payment option. All costs, such as fuel, vehicle and driver are already included in the chauffeured car rental price.

Note: the fee for paid parkings, if any occur, is always payable by a client during the ride.

Rent a car with driver to explore Istanbul

Istanbul is the largest Turkish city, which is the industrial, economic, cultural and historical center of Turkey. It is also the main seaport of the country. It is one of the most ancient cities of our planet. The first mention of Istanbul dates back to the Bronze Age.

This Turkish city, which was once the capital of the Roman Empire, today has the largest population relative to all other European cities. Istanbul has a very good geographical location. It stretches across two parts of the world – Europe and Asia.

Istanbul is a very popular tourist direction. Hundreds of thousands of tourists from different parts of the world come here every day. The main tourist sites are located in the European part of the city. About 90% of hotels are located here.

When you book Istanbul Chauffeur Service, you simply must explore the sights the city offer. Among the worth visiting attractions , especially interesting are the following:

Istanbul is the largest transport hub in Turkey. The city has a number of important railways and highways connecting Central Europe with Turkey, Syria and Iran. Istanbul is an important center of road transport, lying at the intersection of transport routes connecting Europe and Asia.

Hiring a chauffeured car service in Istanbul for any purpose

Public transportation is always very active here. Therefore, to move around the metropolis it is better to choose a safe and reliable Istanbul chauffeur service. Your journey along the roads of the city will be pleasant and memorable. Choose MyChauffeurDrive and enjoy an unforgettable trip to the cultural and historical center of Turkey!

Note: deposit for istanbul chauffeur service booking is always payable in advance by card via PayPal. It is approximately 10%-30% of the total price of your order.

Subscribe to our Facebook page to keep up to date with our latest deals on chauffeur car hiring and news on Istanbul Chauffeur Service and others: https://www.facebook.com/mychauffeurdrive/

Additionally to Istanbul luxury car rental with driver or eco rentals, you can book: 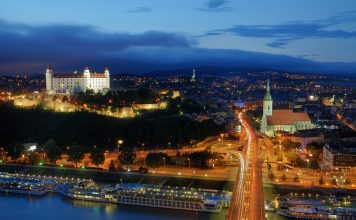 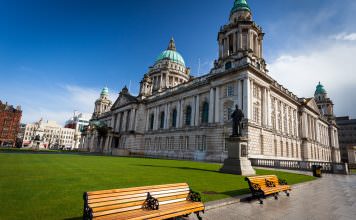