Mychauffeurdrive offers regular Rome Chauffeur Service for customers from all over the globe. We have been working in this field for a long time and know well what our clients want to get. The staff, as well as drivers includes qualified professionals with extensive experience. Best chauffeurs with quality cars will take you to any place of Rome at any time of the day or night!

In order to get more information about Rome chauffeur service or to rent a car with driver in any other European city, please use the inquiry form on our website.

We care about our reputation, and therefore strive to be aware of all the new trends that exist today in the field of passenger transportation. A trip with the driver of our company will be a real pleasure for you.

A competent and professional chauffeur will not only provide you with a high level of security throughout the trip, but will also be able to advise what places in Rome are worth seeing. By the way, each driver is constantly improving his skills and has a license that gives the right to carry out passenger traffic.

The car fleet we have, includes vehicles of different levels and classes. You can choose any car from budget model to luxurious. All automobiles meet the necessary safety requirements. They undergo technical inspection constantly.

The appearance of the cars on which we carry customers also deserves special attention. All models are in perfect condition. Before each route, the driver checks the technical and external condition of the car. Smoking is not allowed inside the vehicle.

The system of payment for passenger transportation services in Rome is quite flexible and loyal. You can pay for the chauffeured rental car in cash to a driver. Soon the bank transfer will also be available. Also, you can use online payment systems, such as PayPal, to pay for Rome chauffeur service.

Note: deposit for Rome chauffeur service reservation is always payable in advance via PayPal. It is approximately 10%-30% of the total price.

Costs of car rental with driver services in Rome

We set prices for our chauffeur car hire quite affordable, so that as many customers with different financial means could use our services. We do not charge any additional fees for our work, so if you book Rome chauffeur service, you know that all costs are already included in the final rate, including fuel.

If you are going to arrive in Rome late at night, and the distance from the airport to the address you need is a few tens of kilometers – be calm and trust Mychauffeurdrive! We will meet you at the airport and deliver quickly and safely to any point of Rome or its surroundings.

And perhaps, if you want, we can arrange for you a sightseeing tour of the best tourist places of the ancient Italian metropolis!

Subscribe to our Facebook page to to keep up to date with our latest rental deals and news on Rome Chauffeur Service and others: https://www.facebook.com/mychauffeurdrive/

Rent a car with driver to explore Rome

Hiring a chauffeur car service in Rome for Sightseeings

Italy is an extraordinarily beautiful country. Every city here is like a real museum. Especially beautiful and popular city for tourists around the world is its capital – the city of Rome. Millions of people come here every year from all over the world.

The Italian state, located in southern Europe on the shores of the Mediterranean, occupies the territory of the Apennine Peninsula. There are 53 UNESCO world heritage sites. This is no longer in any country in the world. Travelling in Italy is a real pleasure. Among the attractions that are primarily worth visiting in Rome, pay attention to the following places and monuments:

The metropolis has a developed network of trams, trolleybuses and buses, which operate from morning until evening. But if you need more comfortable and free movement around Rome, request a quote and use the best Chauffeur Services in Rome provided by MyChauffeurDrive! 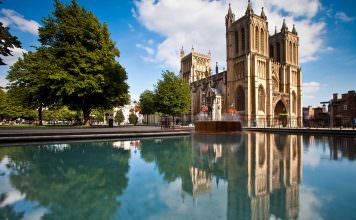 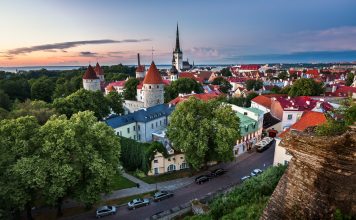